Iconic red farm trucks convey Christmas cheer along with nostalgia for the past. 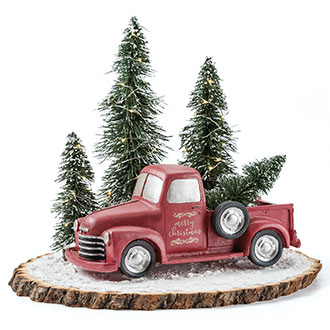 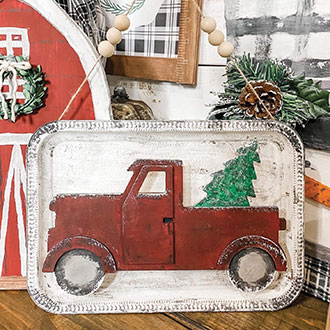 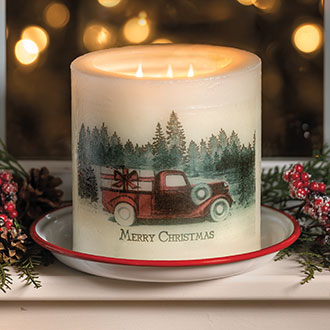 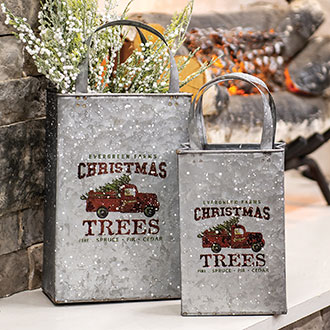 Pickup trucks have long been farm fixtures, but in recent years, vintage varieties sporting a distinctive cherry hue have become a driving force in holiday decor.

As Christmas approaches, you’ll find stores stocked with signs, dishware, pillows, linens, ornaments and more featuring the festive red vehicles, which often are depicted toting evergreen trees. This may be one reason the products tug at our hearts—they call to mind memories of annual family outings to haul home a freshly cut pine from the forest or tree farm.

How did a humble farm truck come to be a holiday icon? You might have the Hallmark Channel to thank for that. Back in 2017, the purveyor of sentimental seasonal shows made a red farm truck a character of sorts in the popular “Christmas in Evergreen” movie, which has since been followed by three sequels.

In a promotional video for one of the films, actress Ashley Williams, who plays one of the main characters, says, “I like to think that the red truck is like the mascot of the ‘Evergreen’ movies. It comes out, it does its dance, it gets the whole audience riled up and in the mood, and then it rides off into the sunset.”

The movie-star truck was inspired by a 1954 Mercury M-100 and was immortalized in a Hallmark Keepsake ornament in 2018. Some eagle-eyed viewers have claimed the Evergreen truck is a Ford F-100 of a similar vintage, and they might not be wrong—the Mercury M-100 is a rebrand¬ed version of that vehicle and was sold mainly in Canada. What both trucks have in common is the bold red body color, known as Vermilion, that was popular at that time.

Other versions of red truck merchandise look to be modeled after a vintage 1950 Chevrolet 3100 pickup, which features a chrome grille, round headlights, a high-profile hood, a two-piece windshield, light oak bed rails and an oak-lined bed. At that time, Chevy pickups were sold in a range of colors, including two types of red, Cape Maroon and Empire Red, the latter of which is very close to the hue used for Coca-Cola products. Original advertising for the 1950 Chevrolet pickup truck touted its versatility as “The Model for 1001 Uses,” a slogan that could easily be repurposed today when referring to the many decorative versions of these hardworking vehicles that continue to deliver charm during the holidays.